On Wednesday, the next batch of Census data is released and it is the only standalone data set of the year: Income Data…

In 2011, the Census tracked the status of Windsor in 2010 during the teeth of the recession. The question at hand is how far has Windsor and Essex County come from the from that low point. In 2011, Windsor was home to the highest rates of low income people living in low income neighbourhoods in Canada; 1 in 4 children were growing up in Poverty; 44% of single mothers lived in poverty are just some of the top line items. 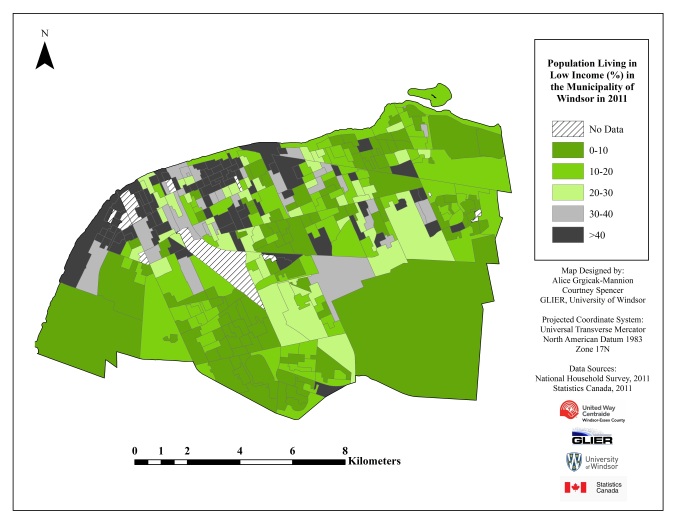 One of the more interesting maps actually comes from the Median Income levels of each of these neighbourhoods. 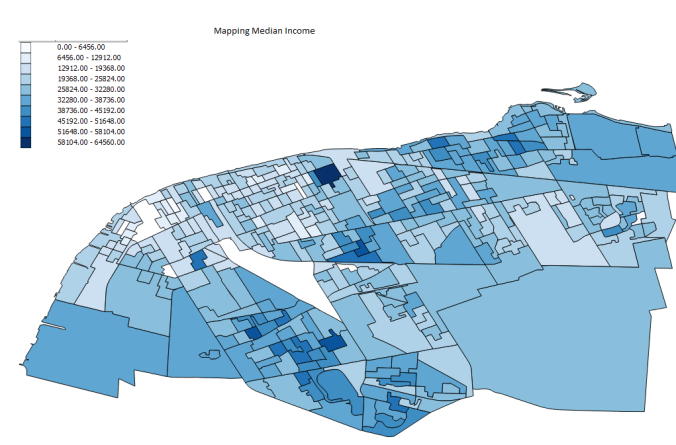 Obviously median income shows what the middle income of the population of income earners is within a particular space. The scaling I used on this data is a broader than has been previously mapped in our community.

What to Watch For Tomorrow:

Once this data is available a big thing to consider is how we build resiliency in our community. If the swings that we see are largely just driven by economic cycles the question becomes how do we invest now to ensure that during the next downturn things don’t get as bad as they did in 2011.